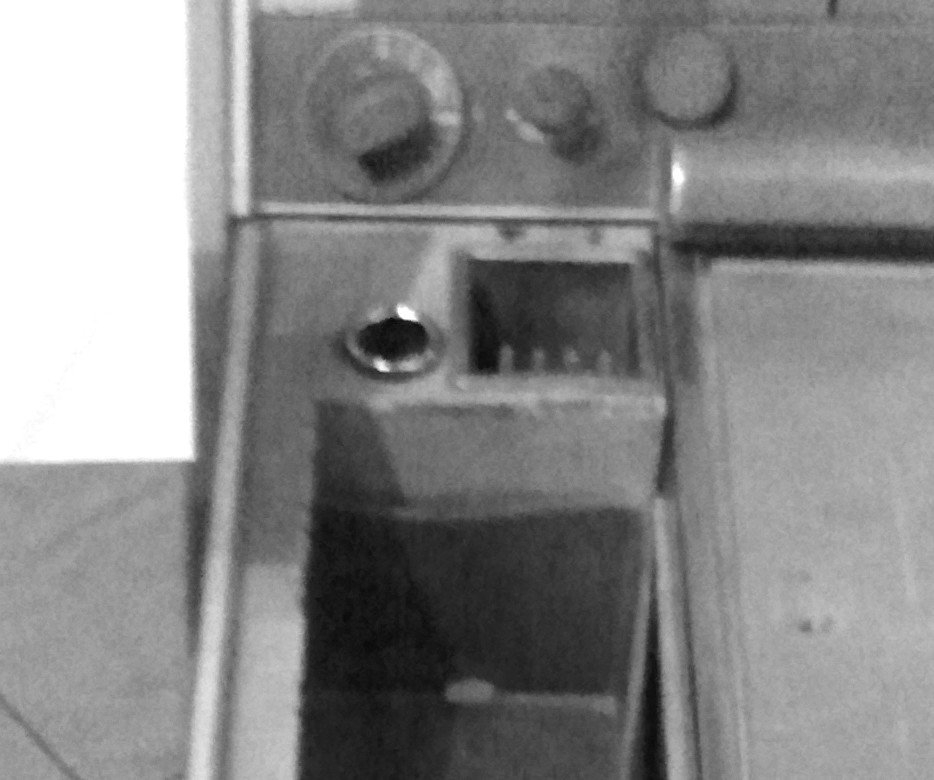 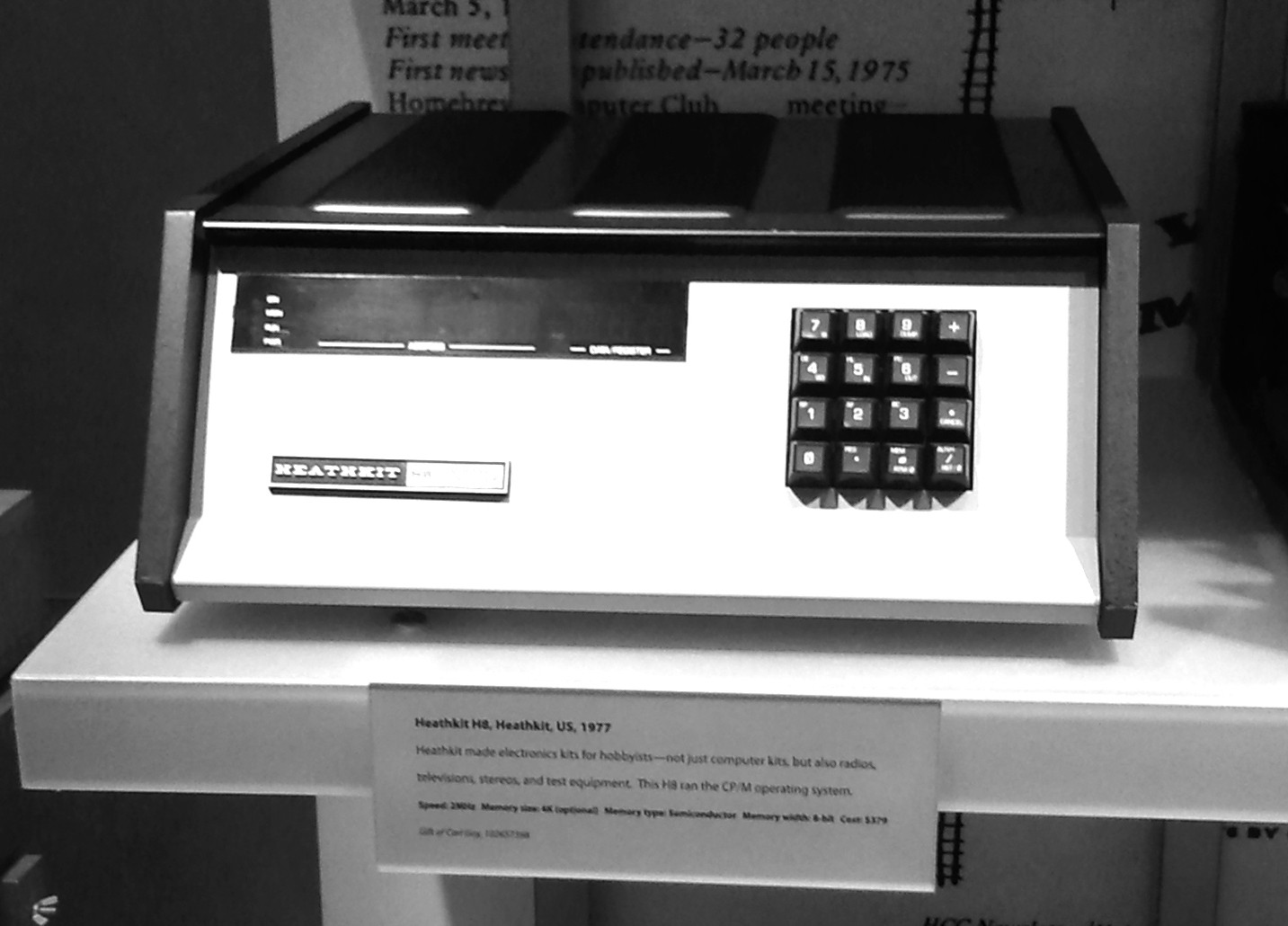 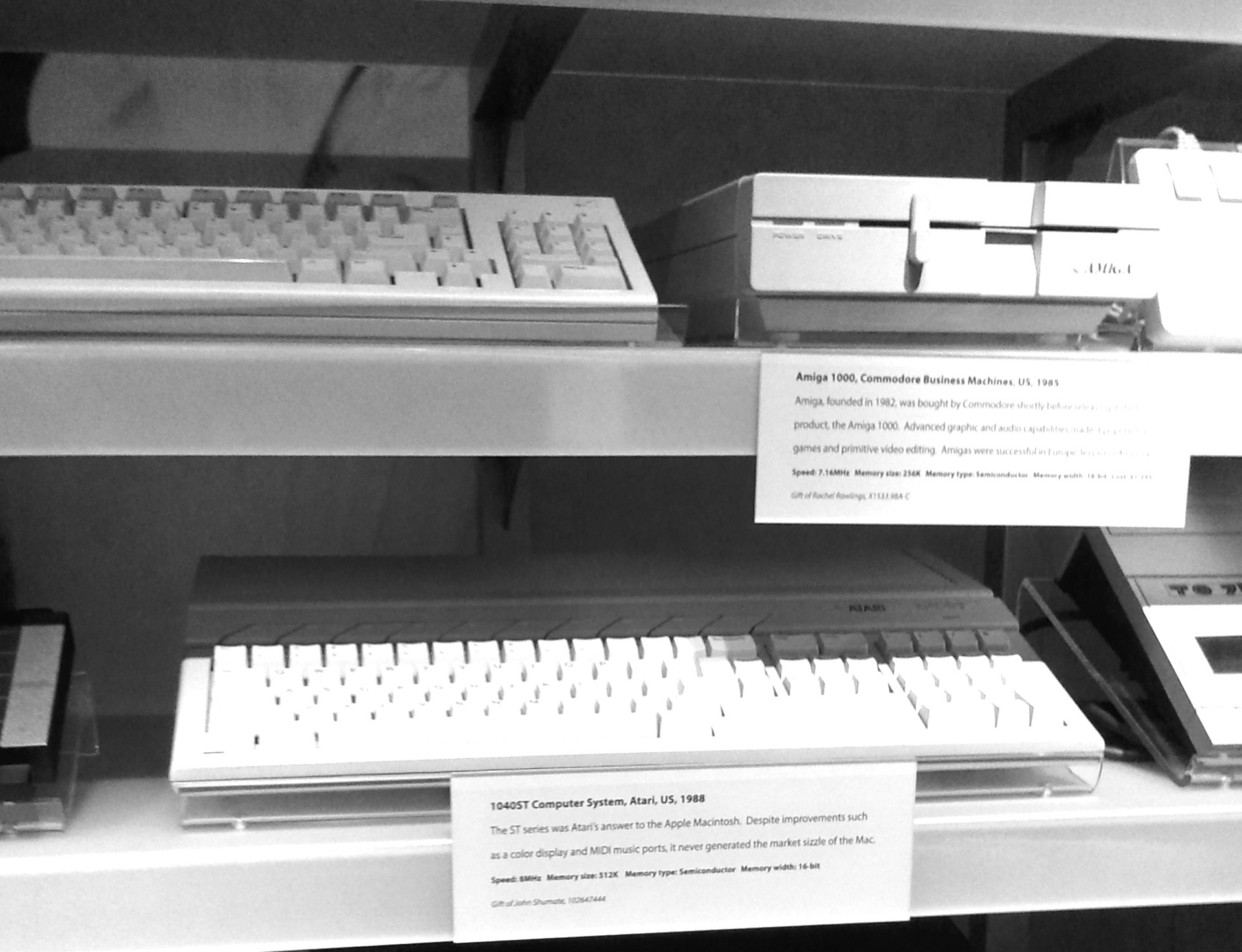 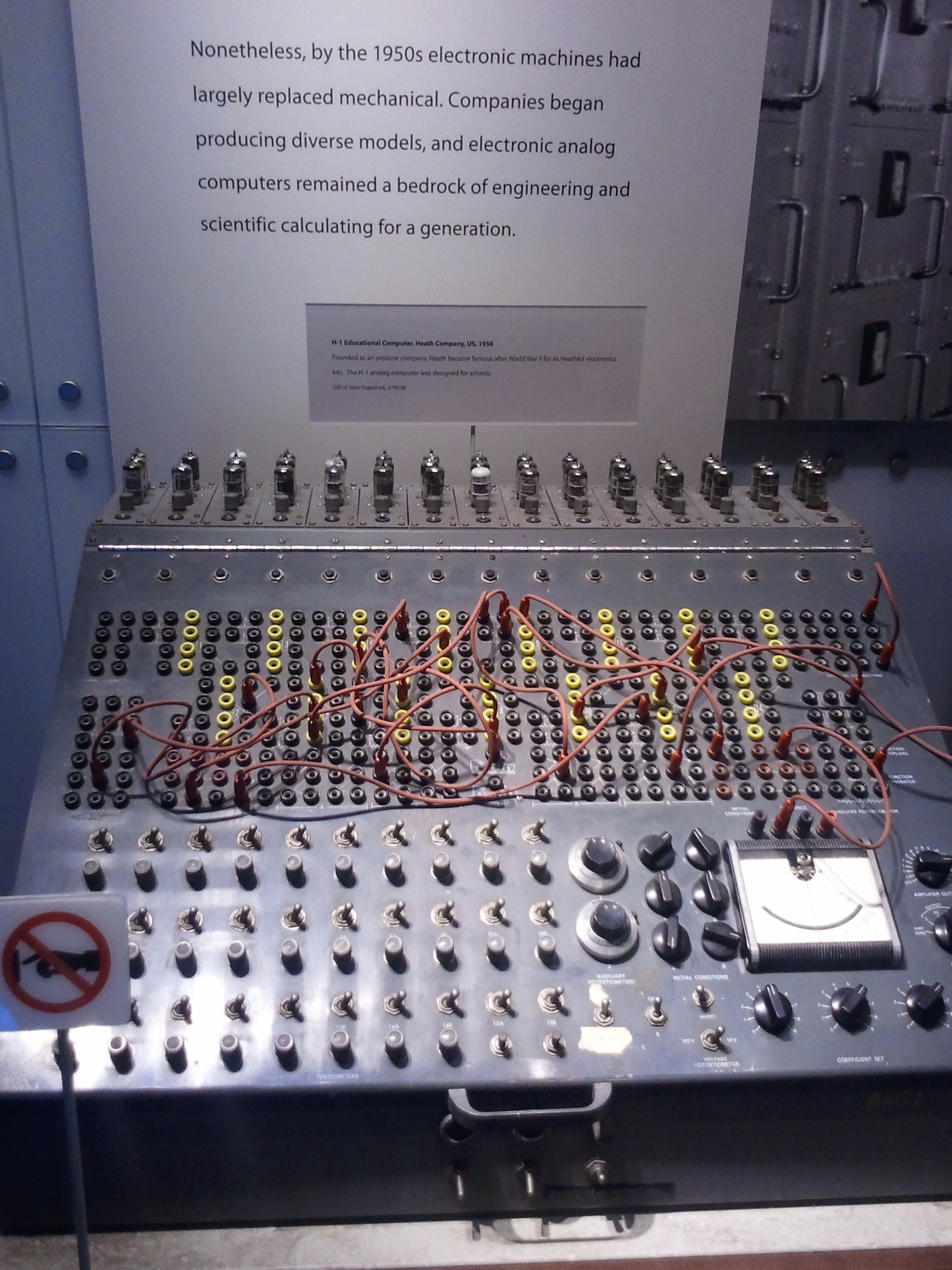 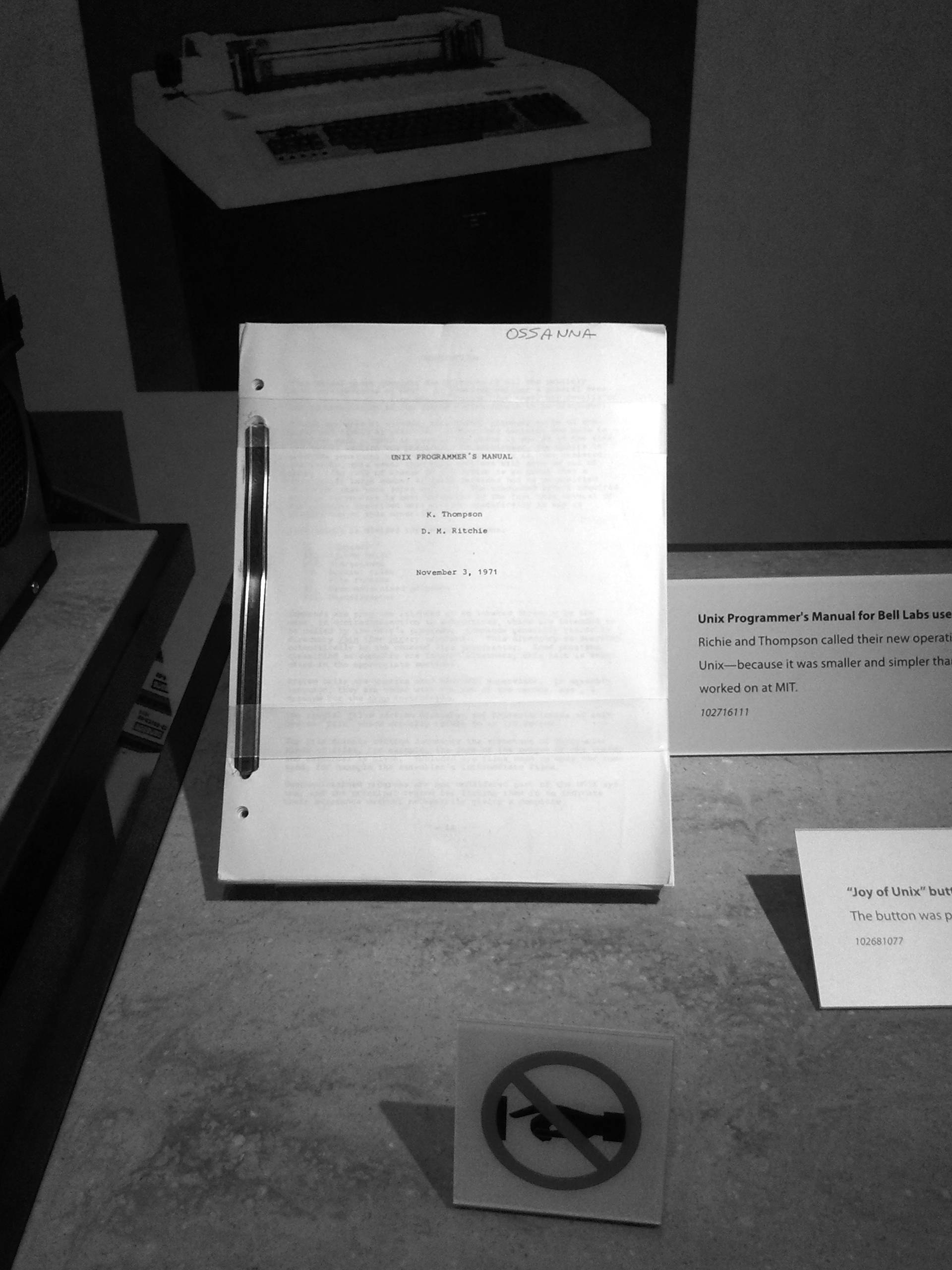 Yeah, there’s a little bit of a packrat in me.

Of course, I still have the CPU from the system, as well as a 166Mhz Alpha, sitting on my desk. Can’t get rid of the _important_ stuff.

And yet, my experience in having my T43p serviced last week–the fan had started being noisy, sometimes obtrusively so, several months ago, but sounded like it was truly dying on Sunday morning–was virtually identical to having my T22 serviced three years ago:

* I called, described the problem, they agreed there was a problem

* They sent a box, which arrived the next day

* I put the laptop and dropped off at a collection point

* The laptop arrived at the repair center the next day

* The laptop was repaired that same day

* The laptop was shipped back to me that same day

* The laptop arrived the next day, fixed

Well, OK, this time I called on Sunday, so the box didn’t get sent until Monday. And then I didn’t have a chance to actually get the laptop boxed up and sent until Thursday. And I didn’t hear the DHL guy ring the doorbell yesterday morning, so I ended up going to the DHL depot to pick it up.

But all of those differences were my responsibility. From where I sit, Lenovo handled this issue just as well as IBM did my last issue, and I once again have a laptop that is virtually silent.

So yeah, I’d buy another one.

You know, I thought I was the only one who did this.

Back in ’01, I slapped a big King Crimson logo on my Thinkpad; ostensibly to make it easier to track it through the then-new airport x-ray dance, but, I suspect, really as a throwback to grade-school. It accumulated a couple of “I Voted” stickers over the next few years, and then I slapped a number of Kerry/Edwards stickers on it while I was in DC.

I was actually kind of sad when I passed the notebook on to someone last year.

So when I bought the T43p, I immediately started decorating it. “Giblets Is My Co-pilot”, a Debian logo and a couple more “I Voted” stickers now adorn it. if I could get a new KC logo, I’d drop that on, too.

Anyway, sitting here in the coffee shop, I see at least four laptops with things on their lids. One “California Republic” sticker, one that says “Don’t Stop Believing”, one with some vaguely skater-looking logo that I can’t read from this distance, and one with a logo for this very coffee shop.

I guess I’m not as unique as I seem.

Well, it’s not that much of a reorg, really, other than to remove the ihp-140 from the laptop itself, and attach it to the micro-server, and use “mpd”:http://musicpd.org/ on that system for actually playing things.

It’s kinda fun, too, to be sitting downstairs, tweaking the playlist for what’s going on upstairs.

Oh, well, if that’s the only price I pay for fanlessness, I’m happy to pay it.

John Goerzen points to “an article about building your own linux-based PBX”:http://techdatapros.com/asterisk/. This isn’t just some VOIP solution, either–that apparently wouldn’t even cost you $20–but a full-fledged runs-over-POTS-lines system.

Hmm. Maybe if I get that Micro-ATX Pentium-M motherboard that I’ve been thinking about for my little server system, I could then shove the Mini-ITX motherboard back inits even smaller case and use that…

Anyway, having all this hardware that we pretty much keep going 24/7, and especially with the AnteSpam servers, which get driven hard (2 emails per second, which doesn’t sounds like a lot until you consider that means 20x that in various database lookups and inserts (for logging) plus, oh yeah, actually running “SpamAssassin”:http://spamassassin.apache.org/) means we have some fairly strong ideas about hardware.

Our current systems are all Opteron-based (though we’ve not made the jump to 64-bit mode yet) with “Tyan”:http://www.tyan.com/. Our storage controllers are all “3ware”:http://3ware.com/ and our drives are all WD Raptors–not, honestly, that I love WD, but I like the 10K performance.

And our ram is all “Crucial”:http://www.crucial.com/. And, for the forseeable future, it will stay crucial, because so far our one experiment with another vendor, Gigaram, has really sucked. We’ve had two pieces of our very nice ECC ram fail–and one of them we tried in another machine, and it failed there, too.

Now I don’t want to make blanket assertions off of relatively little data, but I will note that it’s going to take a long time for us to consider going back to Gigaram, because we take our uptime pretty seriously, and they’ve had an adverse impact.

The new laptop is still supposed to ship out on March 09, so I’m just crossing my fingers. However, I might have an idea what to do with it once it does die. “Windchimes!”:http://halogen.note.amherst.edu/~wing/wingie/tech/hdchime/hdchime.php

bq. The new iMac G5 that I hinted at a few weeks ago has arrived. Of course, the first thing I did was open it up and admire it like the techno-porn star that it is.