I am, at this moment, kicking myself for not having made the time to go to Moogfest so I could see them live.

When I have five minutes, I sit at my drumkit and play *Golden Age*, because it is currently my favorite song in the whole universe:

And yes, that is the weirdest, most fucked-up video I think I have ever seen. Isn’t it glorious?

But what I love is that this is not a band that is static, that is just reproducing a record. Consider, for instance, these three performances of “Will Do” (which I find a lovely song by any standard):

Then a performance from Letterman, (just a few days after their album was released and just six days before their long-time bassist died of cancer) which is obviously the same song, but not a reproduction of the album by any means:

Then, this version from SXSW, a few months later:

Even this song off their just-released album, is still evolving. They’re in no rush.

Or, even better, a song off an older album, “Dirtywhirl” (which gets points in my book for being about Durga), which in this 2006 performance starts with them looping Tunde Adebimpe beatboxing:

Versus the original album version:

I am in awe of their brilliance.

Definitely a movie worth your time. Kevin Clash’s story is wonderful to witness, the way his obvious passion took him to exactly where he wanted to be. If you’re like me, the insight into the backstage part of how Muppet productions work is intensely interesting.

But none of that is really what stuck with me.

The idea that a large percentage of make-a-wish children want to meet Elmo makes perfect sense to me–if he’s so firmly associated as a source of gentle, physical, unconditional love, and you’re sick and in pain and everyone around you seems unhappy, *of course* that’s what you would wish for. And yet the idea of doing that even once would terrify me for reasons that I suspect many could understand: what if I couldn’t provide what a child needed? How could I stand knowing that this child will be gone before his or her time, and soon at that?

It reminds me of a piece Peter Sagal wrote a few months ago about visiting “Walter Reed”:http://petersagal.com/2012/04/walter-reed/, and how, visiting the first soldier he was scheduled to see:

bq. As I listened, I tried to focus, and control my own feelings of horror and dismay, and my growing urge to walk out of the room and tell the Sergeant, patiently waiting outside, that I could take no more and needed to leave now. (The sergeant told me later that this does happen.)

His story is a bit of a tough read, but it’s well worth it, too.

If the title carries meaning for you, you are, arguably, the intended audience.

I found the main story to be a fun little meta-fictive romp, and not a lot else. In tone it very much reminded me of his earlier novel, _Agent to the Stars_–deeply aware of, if only to have fun with, genre conventions. As utterly unconcerned with the “science” part of “science fiction” as its purported source material.

There are certainly far worse ways to spend a few hours, though there are many better ones as well.

I was intrigued, though, by the three “codas”. Obviously, John felt it necessary to write “a little apologia”:http://whatever.scalzi.com/2012/05/31/a-note-about-the-format-of-redshirts/ for it. And I was doubly intrigued when a review I read of the book a couple of days before I got to it myself suggested that the codas were a waste of time.

In fact, I think the codas–specifically, the second coda–are the best part.

Now my gut reaction to writing in the second person is something in the general neighborhood of derision. Tell me you’re doing it, and I will suggest you are making a mistake. Tell me you’ve already done it, and I will make a note to avoid your book. Admittedly, if you get me to read your book anyway, and I might actually like it (thank you, Mr. Palahniuk), but my default assumption is that it is going to be annoying and precious.

But I can’t imagine the second coda to _Redshirts_ working as well from any other point of view. To ask the reader–especially one who has some idea what might be coming–to empathise with the weirdness of the situation the character finds himself in pretty much demands something as jarring and weird and annoying as second person narration. So I think it not only worked, but was the only way it *could* work. So I actually found myself more satisfied after the codas than before.

I’ll note, just because I’ve started paying a little more attention to this in my fictional choices, that I believe the book fails the _Bechdel Test_. I think there are only two female characters in the whole thing, and they never talk that I remember. Just so you know. 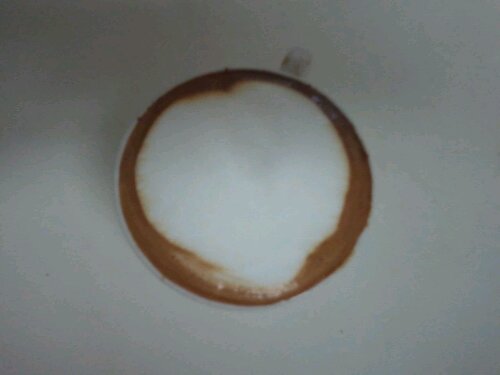