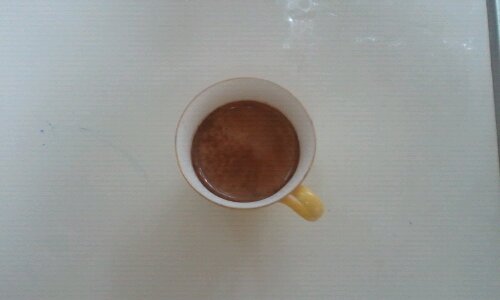 Then you have to rough it.


The old grinder broke. It probably wasn’t more than a year old, but what do you expect when the most abused part of the machine (the doser lever) is plastic? Just another reason I will never buy anything with the name Gaggia on it again (the espresso machine being the other).

I did a quick check on the web, and no one would admit to having the parts I’d need to repair it, so I did a little modification with a Dremel to make it usable for a while, until I could figure out what to replace it with. Of course, a friend who has the same model and had the same breakage later told me that he was able to get replacement parts. Oh, well.

I spent several hours researching on home-barista.com. I can no longer find the gigantic head-to-head comparison series one of the founders of the site did from a couple of years ago, but I read it last Friday, and was all set to buy a $900 Macap grinder…when I stumbled across a message from the same guy suggesting that if you were doing low-volume work but wanted a good grinder–noisy, messy and slow, but with very consistent, very good results–you should consider one of a trio of low-cost grinders all using the same conical burr system.

Not many places seem to carry them, but I found a place that had the Ascaso/Innova I-2 grinder. When I showed Anne the one with the cow pattern paint job, well, we figured that if it was only _decent_, for $255, we had done OK.

I am pleased to say it is far more than decent. It is certainly better than the Gaggia MDF it is replacing. It took a while to dial in the grind, and the burrs will certainly become more seasoned over time, but even so, it is already pulling better shots, and the doserless form factor makes for less waste and less mess for a household that has *maybe* five shots pulled in a day.

I don’t pretend to be a super-taster or even particularly sophisticated about my espresso making, but even if this is only taking us to an “above-average” place, well, it’s definitely taken us up the scale. I now do believe it when the serious espresso guys talk about the grinder being the single biggest variable you can control in the quality of the coffee that you get from a particular bean.